You are here: Home / Uncategorized / Ireland… a lesson for us. Listen in. 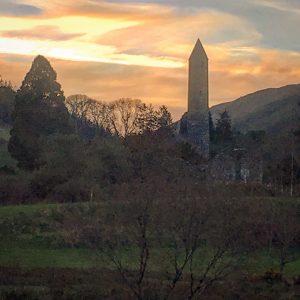 Abortion-On-Demand is now routine throughout all of Europe and in most of Western civilization. One of the last holdouts is the nation of Ireland. Under Ireland’s 8th Amendment, the laws of that country re-enforce the legal right to life for all vulnerable human beings, particularly those in the womb.

But on May 25th, 2018, a national plebiscite will be held. It is being pushed by all of the political parties that control the Dublin government.

A pro-abortion media and a political climate that favors European progressivism has placed Ireland as one of the final holdouts against the legalized dismissal of human lives.

Ireland is the youngest, most prosperous per capita country in the European Union. It has the lowest death rate and the highest birth rate of that entire greying continent.

Brian Johnston gives background on the laws protecting innocent lives in Ireland and the political efforts to bring those to an end. He includes a special interview with Peadar Tóibín,  member of the Irish Dáil, and explains the political dilemma facing the Irish people at this crucial moment in history.

You are living through this very moment in history. The same challenge that is facing the Irish is facing you.